Bollywood is well-known for having renowned music directors. It will be great to know about the Directors. They have dedicated their whole life for creating new music and songs. It is because of them we have received or got the chance to hear beautiful and melodious songs.

It is seen that music is trendy in every house. You will hardly get very few people who do not love to listen to music. If you do not love music it symbolizes that you are not a human being. Music is such a thing that can soothe your body and mind. It can bring peace to your soul. 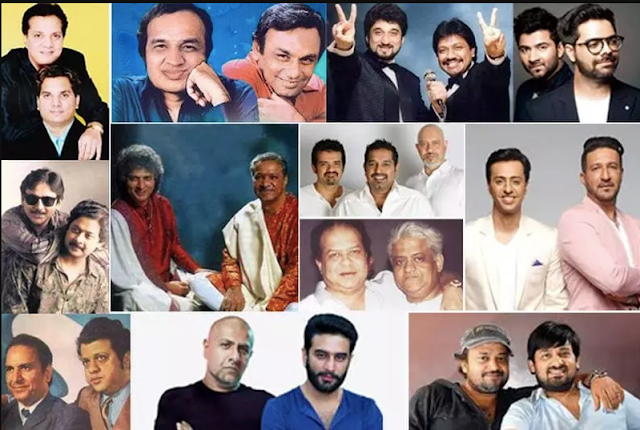 In this part, you will hear about the best music directors of Bollywood film industry. Here is the list.

He is a great personality who bought immense changes in the Bollywood film industry. His perfect blend of classical music and melodies till touch the heart of millions of people. A.R Rahman has also received International fame because of his beautiful creations. He is a well-known personality who will be in the hearts of the people for ages. He has also received many recognitions and awards. Grammy awards and BAFTA are the most noted ones.

He is another legend who has given some lifetime songs to the people. R.D Burman was a great human being who sacrificed his life for songs. If you are fond of music’s between 1970s and 90s you must have hear his songs. His all time hit songs gave him several awards and recognitions. Amar Prem, Sholay are some of his significant works.

Bollywood is incomplete without the songs of OP Nayyar. The timeless music that has been gifted by him still touches our heart. He will be always remembered by the people. He has earned a lot of recognitions and awards through his wonderful creations. The songs of Naya Daur, CID are some of his best creations.

K.V Mahadevan is a popular music director in telegu and Tamil films. He has produced a lot of songs in fifty different languages. All his musics are melodious and perfect in all aspects. The most lovable works of this music director are Adimai Penn, Swati Kiranam and many more.

So, above are the names of some of the famous and noted music directors who have gifted us with melodious and beautiful songs. Time will pass but their songs will never become old. It will be cherished by the people for ages. Their songs are like addiction. The more you will hear them, the more you will love to hear them several times.

December 01, 2021
You must know that Shahrukh Khan is one of the reputed and top most Bollywood star. He has gifted a lot of hit movies. Most people love to watch his movies. He has the highest number of fan followers. However he had to struggle a lot in his early life. Today he is the “Badshah” having a great worth.  It is found that shahrukh khan net worth is huge. It is not easy to calculate or sum up. He has a numerous properties. He is also known as a great television personality and film producer. He has also entered the production world. Through this, he has produced some noted films.  Net worth of Shahrukh Khan: It will be good to know about shah rukh khan net worth . It is estimated that he has a net worth of $600 million and that makes him one of the richest actors in the entire world. He has appeared in more than 80 films and most of his films are a big hit. Some of them have also made good revenue in the blockbuster. This has also helped him earning good fame and popularity among the people
1 comment
Read more